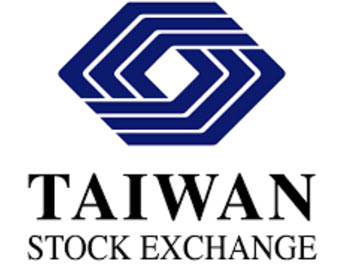 The Tawain Stock Exchange (TWSE) was founded in 1961 and trading commenced on 9 February 1962. It is owned by the Taiwan Stock Exchange Corporation (Táiwān Zhèngquàn Jiāoyì Suǒ).

Despite being less than 36,200 km2 in size, Taiwan is the 21st largest economy in the world, largely due to it high-tech industry. The Taiwan Economic Miracle refers to the rapid industrialization and economic growth of Taiwan during the latter half of the twentieth century. In the 1980s and early 1990s, Taiwan transitioned from one-party military dictatorship to a multi-party system with universal suffrage. Taiwan is a member of the World Trade Organization, but does not have a seat in the United Nations. The People’s Republic of China asserts that Taiwan is a province of China.

Trading hours for the centralized market

Trading takes place Monday through Friday, except for holidays announced by the exchange in advance. 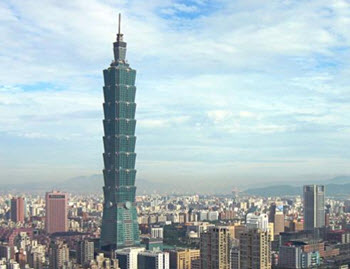 Taipei 101, formerly known as the Taipei World Financial Center, is a 101-story building constructed in 1999 – 2004. Until the completion of Burj Khalifa in Dubai, Taipei 101 was the tallest building in the world. Architecturally, Taipei 101 serves as a symbol of the the evolution of technology and Asian tradition. It is designed to withstand typhoons and earthquakes.

The most well-known index based on TWSE is the Taiwan Capitalization Weighted Stock Index (TAIEX). This index tracks all stocks listed on TWSE, except for preferred stocks, full-delivery stocks and stocks that has been listed for less than one calendar month.

Notable milestones in the history of TWSE