Asia is the largest and most populous continent, covering nearly 45 million square kilometers. Asia comprise roughly one third of Earth’s total land area and is home to over 4.4 billion people. Naturally, it is difficult to provide any generalized advice for those interested in investing in Asia. It is important to study the specific economy that you are interested in investing in and not rely on any sweeping one-size-fits-all recommendations. 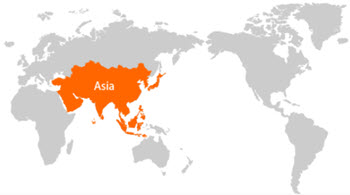 Asia includes stable and highly industrialized economies such as the Japanese economy as well as plenty of emerging economies, such as the ones of Mongolia and Vietnam. Asia is also a continent rife with countries and regions characterized by political and economic instability, such as the parts of the Middle East currently plagued by war, civil unrest and a lack of democracy and transparency.

Asia varies greatly across and within its regions with regards to government system, historical ties, ethinic and religious groups, and natural resources and challanges. When it comes to climate, Asia includes everything from vast polar and subarctic tundra areas in the North and temperate regions stretching all the way from Europe to the Pacific Ocean, to scorching hot deserts in the Middle East and tropical rainforest in the southeast. Asia is home to scarcely populated regions of inland steppe as well as subtropical and tropical zones in South and South East Asia where we can find many of the world’s most densly populated cities.

As of mid-2016, Asia is the fastest growing economic region and also the largest continental economy in terms of combined GDP. Of the five countries with the highest GDP, three are located in Asia. 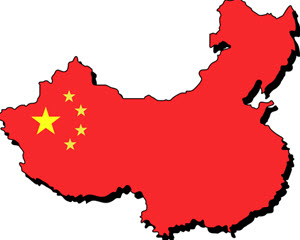 In China, the country with the highest GDP, economic growth is chiefly driven by the manufacturing industry and foreign direct investments, while the economic growth currently observed in India comes primarily from commodities, outsourcing from other countries, and the computer software industry.

More complex financial instruments are also becoming increasingly more popular in China. Example of such instruments include binary options and CFD certificates. You can learn more about how you can trade Chinese binary options by visiting http://www.binaryoptions.net.

China also continues to attract a lot of direct investments, despite investor concern regarding the republic’s ability to smoothly manage its transition into a more complex economy.

Varying confidence in trade data, the consequences of high credit growth and the substantial capital outflow from China are all cause of contention among economic advisors. The future outcome of China’s rising regional banking stress is difficult to predict. It could lead to a widespread financial depression and currency debasement, but the Chinese government is not heavily indebted and it does have plenty of policy room available to mitigate obstacles.

Our preferred exchanges in East Asia